A further success of the team around attorney Dr. Thomas Schulte from Berlin leads to deletion of the Schufa entry of a mandatorin – of Valentin Schulte Volkswirt & stud. iur with the law office Dr. Thomas Schulte, Berlin.

The disputed entry resulted from a claim of FMP Forderungsmanagement Potsdam GmbH, which had already been paid by the client for a long time, but was not noted as settled by Schufa. Now the client wanted to reschedule a real estate, which was refused to her because of the bad creditworthiness, which resulted from the Schufa-Eintrag however with all inquired banks. The client was in a good financial situation and had a sufficient and secure income. All the more annoying it is then, if the financing is refused lapidar with the reference to the Schufa-Eintrag shortly before conclusion of the loan contract. All efforts by the client to have Schufa delete the entry failed or went unanswered.

The mandatoress turned for this reason to attorney Dr. Thomas Schulte from Berlin and asked for support. In order to keep the costs low for the client in this already annoying matter, it was agreed that only an out-of-court representation should take place.

Costs of legal representation regarding the deletion of a Schufa entry

The costs of a lawyer are either based on the Lawyers’ Fees Act (RVG) or correspond to an individual lawyer’s fee agreement between the lawyer and the client.

If the person concerned has legal expenses insurance, these costs are often covered minus the agreed deductible. However, in most cases the legal expenses insurance only pays the statutory fee, so that a settlement according to RVG must be applied. Here, the fees for the lawyer are based on the so-called amount in dispute, i.e. the value of the subject matter of the dispute expressed in money. This is easy to quantify in a case where someone does not pay an invoice or does not want to hand over a bank bill. It is more difficult to determine the value in dispute of a credit entry. A guide can be the decisions of courts that determine the amount in dispute in proceedings and have done so in countless Schufa proceedings. Many courts have set the amount in dispute in the past at 10,000€ (OLG Düsseldorf, judgment of 11.05.2005 – I 15 U 169/04; LG Düsseldorf, judgment of 29.04.2013 – 15 O 125/12; OLG Munich, judgment of 22.06.2010 – 5 U 2020/10 et.al .), so that this amount in dispute can be accepted and also represented to the legal protection insurers.

Back to the Schufa entry of FMP Forderungsmanagement Potsdam GmbH to the disadvantage of our client. Schufa had not responded to the client’s letters of clarification, so she sought legal assistance. The out-of-court negotiations between Schufa and the law firm Dr. Schulte quickly led to the deletion of the entry. Furthermore, it was achieved that the score was recalculated and thereby considerably improved and that the creditworthiness of the person concerned improved considerably as a result. Subsequently, Schufa also provided a new credit report free of charge, which proved that the creditworthiness of the persons concerned was good and led to a successful debt rescheduling of their own property.

The Kanzlei Dr. Schulte attorneys is successfully civil-legally since 1995 emphasis in the area of the Internet, Reputations- and competition right active. It represents country widely the interests of individual investors. Supplementing sender data with the Kanzleistandort find you in the imprint on the Internet side www.dr-schulte.de. 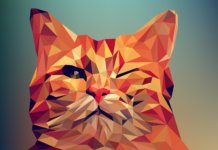 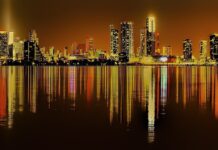 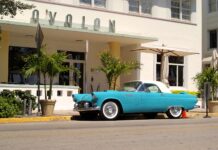 Florida USA: spoiled by the sun – justice through the legal system 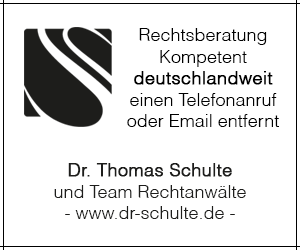